On Monday, Uber announced their acquisition of the bright-red bike-rental startup JUMP, owners of the 500+ electric, dockless bicycles scattered through the streets of San Francisco and Washington D.C.They’re incredibly popular: users are taking between 6 and 7 rides a day.The premise is simple: instead of owning your own bike, you can find and rent a JUMP bike directly in their app – each one has a built-in GPS. Bikes are scattered across the city, locked to racks, poles, or even trees.

When you’re done riding, park up the bike with the built-in metal bar – another JUMP user will come by and take it soon enough.This might seem like the next parody-worthy “Silicon Valley innovation,” but race to own the bike-sharing world is very real. The competition already took off years ago in China.

The History of Dockless Bikes in China

Though bike sharing has existed in various forms in Europe since the 1960s, it only recentl y took off in China.First came the docked bikes, parked and rented at automated hubs around the city. By 2013, China had a combined fleet of 650,000 public bicycles for rent. Of the world’s 15 largest public bicycle fleets, 13 are located in China.Then came the dockless bicycles (like JUMP)… which exploded. Over 70 startups deployed a combined 16 million dockless bicycles in China. Industry-leader Ofo has raised over $2.2 billion. 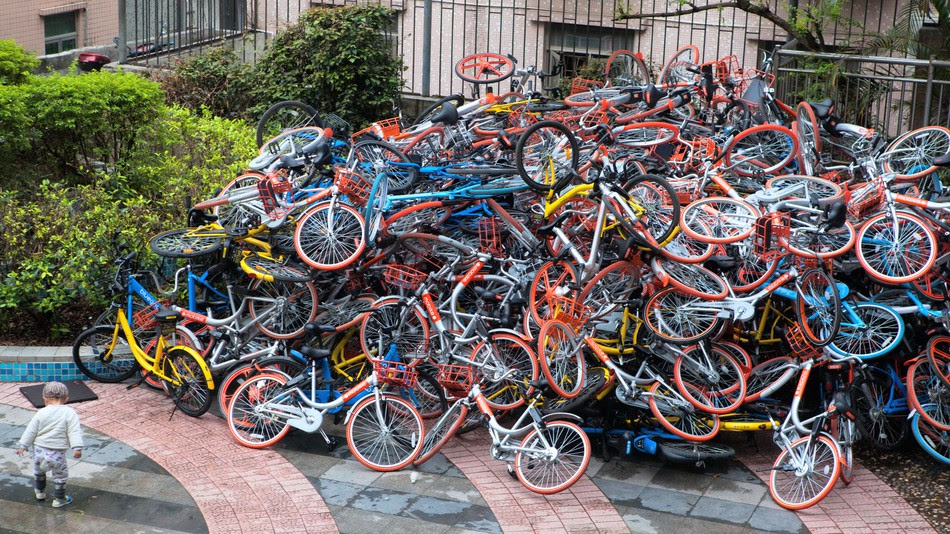 Problems quickly arose. Vandalism. Broken bikes. Hundreds of unattended bikes piling up on sidewalks and in front of metro stations.City-run Bicycle Graveyards have cropped up for any seized bikes.

Bike companies and governments are working on a solution. Shanghai (which houses 1M+ bikes) drafted one of China’s first city-level bike-sharing regulations. The two largest operators, Mobike and Ofo, have made efforts to reallocate bikes more efficiently.
| Source | Angel list

Apple is Taking on Google in classroom War

How To install Eclipse IDE – Video