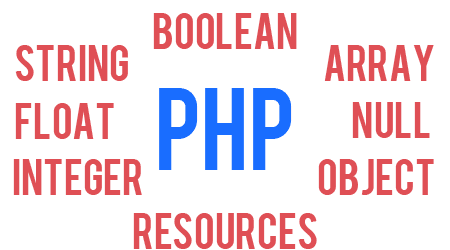 We have learned in the last tutorial, about Reference of variable. Now, we will discuss  Data Types in PHP.

The very first question is in our mind is that what is data type.

Basically data types in PHP we can categorized in 3 types:

So let’s we can first discuss about Scalar types:

In Scalar their are four data types:

Let’s go through the examples of Scalar Data Types:

First we will take the example of integer,

They are whole numbers, without a decimal point, like 4195. They are the simplest type .they correspond to simple whole numbers, both positive and negative. Integers can be assigned to variables, or they can be used in expressions, like so –

A float (floating point number) is a number with a decimal point or a number in exponential form.

It is also called numeric data types. A number with a fractional component.

They like 3.14159 or 49.1. By default, doubles print with the minimum number of decimal places needed. For example, the code −

else
print(“This will never print
“);