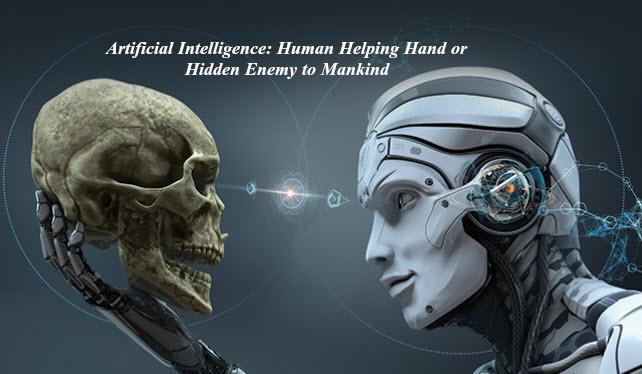 Artificial Intelligence, nowadays is being so popular that every device either embedded or stand-alone are built to incorporate with the Artificial Intelligence or Machine Learning algorithms. All the renowned company Google, Microsoft or IBM more focusing on deep learning, and machine learning more, which is motivating researcher and other fellows who work solo to carry out their untrained research and ideas to next level. No doubt it facilitated the task of human by providing the optimal solution in critical cases, but on a serious note, A question must be raised

How good it is to be to depend for day to day task on these intelligent Machines?

There are some researcher(who just begin their journey with these technologies, might be students) who will be saying that what could go wrong

But wait there is another side of this scenario. Every coin has two distinct faces if it is unbiased, watch this playlist of couples of video, that reveals what could go wrong with the things(like the swarm, machines that predict who is supposed to do a criminal activity in future) that you are building nowadays that are incorporated with the smart algorithms.

What really the Problem is AI or We?

The problem isn’t really the AI or Machine Learning it’s the intention to build and the inappropriate knowledge used to build them. In most of the colleges, the students are to work on these Artificial Intelligence tools, but without any guidance. At last, they have to go through the Internet. If they get trapped to a source of incomplete knowledge then what they were building will be disastrous.

Not only the immature students or improper Knowledge may lead to this risk but, the machine itself build by the smartest Person may lead to this scenario. If somebody asks a stop eating, drinking would he do it? Until or unless he is not under some manipulation of other by some witchcraft. So as with machine, If you ask a disastrous machine to shut down by, itself would it do that? You can’t also do witchcraft on the machine because of The processing power of a machine much more than a normal Man.

In the end, I want to sum up with the line that whatever you are building make sure it is built with a certain mechanism that if it goes against the exception, then its all smartness can be flushed out with a click without even being noticed by the machine incorporated with the smart algorithm. Share Your Views what you think about building these machines incorporated with smartness.