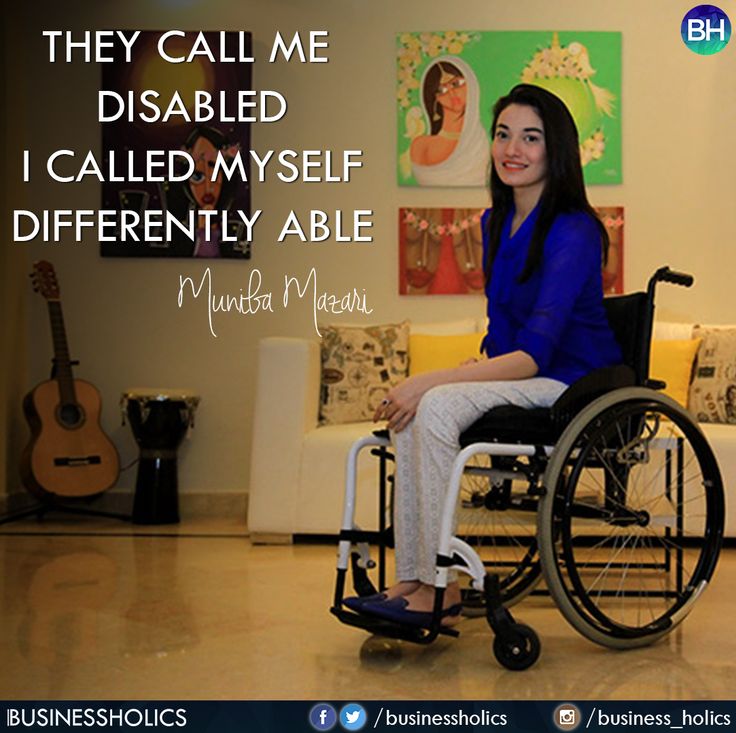 When we have to do hard work, we stop ourselves from fake excuses that doesn’t even exist. We create problem that doesn’t even have any co-relation with the real life. Being capable of doing huge things, we hold us back that hinder our real capabilities of doing impossible stuffs. But in world there are examples that does impossible task, and set an example in the other life that: Disabilities are within, Not Outside. One such example is of the lady, known as Iron Lady of Pakistan.

She is the Pakistani artist, model, activist, motivational speaker, singer,  and television host. When she was 18 years old, she got married. When she turned 21 years old,while riding with her husband, she met with a Car accident. Luckily, her spouse jump outside of car and save himself. But she got many injuries like her spinal cord got fractured, wrist ,legs etc.  got fractured. She was like half paralyzed and half body fractured. The area where accident happened was a remote area, that means there were no hospital.

A crowd of people surround her. As they were in remote area, people were trying to save her by any mean they could like providing CPR. Somehow she had been took to a hospital that is two miles away from that place. There she spent two and a half months, where multiple surgeries have been performed. As her most of the body part were fractured, So lot’s of titanium has to be put inside her body. That’s from where she got title of “Iron Lady of Pakistan”

The Real Misery of the life begun

From there, where the real misery occurred in her life. A woman, definitely have certain dreams. That she either build or give up when she got married. So she had a dream too to be an artist, that she has to give up after marriage. Since her wrist were fractured, doctor informed her that she won’t able to hold even a pain again.

Due to spine injury and fixation that she had, doctor told her that she won’t be able to give birth to a child for the rest of her life. Being a human nature is that at certain point of life, every human desired to have their descendants to get away from the feeling of loneliness. These two news shook her so bad, that she started wondering the reason of her existence. Where everybody asking how she would be able to live, a mother who always care for her child was saying “GOD HAS BETTER PLAN FOR YOU”.  She became paralyze but she wanted to see the beautiful nature. She has a hope to see the world. She tried to sit again and again. She was crying but never shows her tears in front of people.

Journey to Heal herself

When words can’t explain the misery in life, and when one can’t express his/her feeling due to the certain people in life who had hope and emotions attached with that person. Then that sorrow is easy to express in the form of art, & music. Due to her sorrow and determination she made a beautiful painting in the hospital, that painting show the reality of her life. She decided to overcome all types of phobia, that a person develops when condition are worst. The biggest fear of a woman, who is married is Divorce. What she would be able to live, and it becomes more deep when you are not able to even stand on your feet. But as the title described, that Disabilities lies within not outside. With her strong determination to overcome all her fear, she decided to move on when her husband divorced her and get remarried.

The other fear was “Not be able to give birth to child”, that she overcome by deciding to adopt a child. After two years she received a call from a very small city of Pakistan, that person said to her if u want to adopt a child. She said YES! I want to adopt. I am coming and her eyes fill with tears. Her tears shows the happiness for accepting the baby. But When she reached there, the very first question that comes in somebody mind who is looking at her, that how she would be to take care of a child when she is herself on wheelchair. To all gazing eyes at her, she simply answered “Don’t Judge me because I’m on wheelchair”. But the owner of the organization said “Don’t worry, I know you will the best mother for this kid”. She adopted two day born baby.After a long struggle, she can sit properly but she uses Wheelchair. Still she is suffering from many infections , injuries but she has a strong determination to do something. She is inspirational for all women in the world.

Last night, I just hit by her character. I inspired from her, and I thought I am not disable. The boundaries/ barriers doesn’t even have existence in life that we create. I thought when she is still suffering from injuries and worked hard, then why i can’t . I promise to myself that I will be just focusing over my career then I will definitely achieve my goal . I think she is great inspiration for every girl and women throughout the world . I want to dedicate one quote for every girl

“Desire is the key to motivation ,

but its determination and commitment

to an uprooting pursuit of your goal

a commitment to excellence

that will enable you to attain the

Hope you got inspired by her story. There are many like her who had some problems in life but they never stop there and developed a positive approach to living life. Feel free to share what is your view, or you know anyone that can be inspiring like we shared, feel free to tell in comments. keep visiting for more inspiration coming next. Stay connected to Tekraze Family.

Final word “A man is limited to only his thinking and not by any physical ability.”

Comments (2) on “Disabilities Lies Within Not Outside”