The most awaited game Mass Effect Andromeda builds is out and the players are having fun creating their own Ryders. The players are busy providing them skills and going off on journeys across the Galaxy of Andromeda. Technographx has brought this article to make you aware of the different skill systems and profile systems that are available in the game and how you can use them for creating the character that you want to get. Read ahead to know more about the best mass effect Andromeda builds character.

| Also Read | Pro Developer – I Hope you might know these things 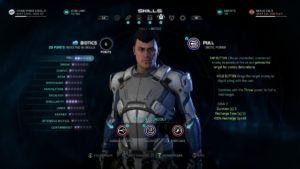 The best part over here is that you are not locked into one class in Andromeda so the players are free to upgrade from any skill tree that they want. This means that the players are allowed to pick whatever skills they want for the character. They can do so from more than one class also.

It is great as if you don’t want to focus all on one area then you can still check all the other skill trees. For instance, if you want to focus on getting the best Biotic master in the galaxy then also you will be able to use the guns. If you put the skill points into the specific gun skills you use like the assault rifle or the pistol then it will be great for any player.

It must be noted that only three skills can be used at a time. But the players can swap the skills easily. You can try experimenting the combination with the skills until you get the best one. Try also tapping the skill use button and hold it down. There are many skills which have two different uses depending on how you press the button.

Now, talking about the biotic builds, there are two ways to approach it. One is to damage as many people as possible and the other is to damage one person heavily. After you decide how you want to play then you can pick the skills for upgrading very easily.

If you want to handle multiple enemies at once along with crowd control. Then you need to level up the following skills.

If you want to set the enemies up for your squadmates to attack then the Singularity skill is really helpful. The damage to combos can be done with the mixing attacks which can lead a serious blow to the enemies.

The players should focus on the following skills for dealing high amounts of damage to a single target.

These skills can be upgraded to affect more and more enemy.

The tech skills compliment other skills wonderfully. The typically specialized tech skills deal with one type of enemy and make them weak against others. If you want to opt as a sniper then the tech skills will surely help you. Another very interesting item is the tactical cloak which allows the players to become invisible on the battlefield for a short time. It will really help you to line shots up against your enemies very easily.

The combat powers are great and versatile in nature but they require greater aim than the Tech powers and Biotic powers. These powers put a heavy focus on the guns and it helps to take down the specialty enemies like the shielded enemies and the armored enemies with the proper usage of Disruptor ammo.

If you are investing in the combat skills then be sure to spend the points in the area of passive skills. You will get more health and will be able to improve the shields with the help of combat fitness skills. You can mix and match as many skills as you want so that you can find the right build for you. You will get a better character if you try different skills. So, this was an overview of the mass effect andromeda builds characters. Try out the different skills in order to get a perfect character build.

Note: This post was a guest post by one of our readers. If you want to post like these or have sponsored content, advertisement, do let us know. How you feel about these posts, do let us know in the comments below. Also, contact us for any queries. Thanks for visiting, keep visiting back.