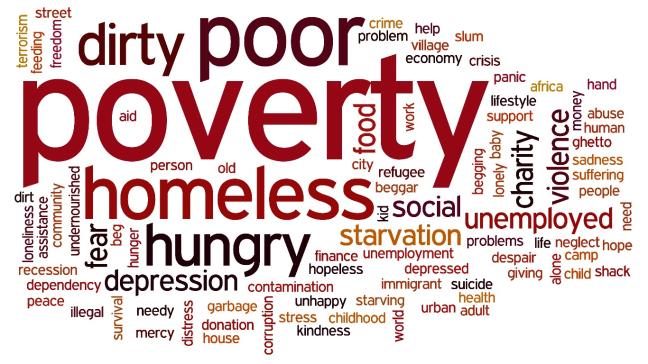 Hey guys, I am  back with a great problem that is confronted  not only by India but also by whole world.

The question that always spring to my mind many time is,  Why poverty burgeon day by day like a disease in India but i couldn’t find any hard reason. There are so many factor like growth  rate  of population, illiteracy, bad health facilities, unemployment, corruption, caste system and too many.

| Also read | Why Scaling Company You need to join

But the real factor is Orthodox thinking of people . At present 28.4% of the Indian population lives below the poverty line. In the category of poor falls those people whose daily income is less than 33 rupees a day in cities  and  27  rupees a day in villages.

Can you think this money is sufficient to survive, even for a day in country where every food item is available at steep? No it’s not sufficient. But everyone has need to struggle in life to confronted the difficulties. They just surmise government will do everything and blame to that. Why only government ??? Being human, don’t we have any responsibility toward nation, toward society, toward other human beings?

No doubt Government have powers and rights and responsibilities of nation. We should not forget that government is made by the people, for the people, and of the people. Government is just like a root of the tree, and how much help it can do it depends on us.

Most of the time, I saw beggars move door to door for taking meal, clothes etc. with their children. Generally they give the reason of being disabled. One might argue that they pretense of being disabled because they don’t want to work. It might be possible, but every coin has two face. It might be the case that  they are not aware about government schemes due to lack of education. Poverty reach at that level where people vend their children. Why we need of scrounging?

Most of the Indians are not disable yet they are begging for their basic needs. Because they  don’t want to grapple in their life. Indians have ample mind, great notion and they are hard worker but don’t want to do something. They hope to carry off their needs without any hard job. They depend on others. We all know there is poverty in India, where no one can survive with their basic needs,  but why is it??  This is due to “The Poverty in Mind ” of each and everyone. Indians thought this is our destiny and whatever written in our destiny that will be done.

Indian Government is continuously striving a fulfill basic needs i.e. food, shelter, health, education. There are a lots of Government Schemes to bring a difference but inefficient because of mass involvement. One of the most basic needs that can change the whole milieu is “Education”. There are lots of schemes and initiatives launched by government like “Sarva Shiksha Abhiyan” ,”Kanya Saaksharta Protshan Yojana” etc.

But unfortunately , due to lack of awareness people are unable to take the advantages of  these  schemes. Yet parents do not send their children in schools.  Government has launched various scheme for people who is below poverty lines like “Public Distribution System and Food Security” where each food item is available at low rates. But distributor became scamster,  and they do not distribute meal in proper amount to poorer.

| Also read | Disabilities Lies within Not Outside

Government provides “Indira Awas Yojna” for Scheduled Cast, but the poor people are not getting the benefits by that due to middleman involved. If they get opportunity, they become oversmart and sold their homes at low price and live again in slum areas and rallying, cry  “Govt will do nothing for us”.

Government provide everything but problem is that the service provider became scamster and they do not work properly. Most of them become selfish and lost their humanity. Government has need to draw attention towards these scamster, Now readers what do u think?? Is it, govt faults or ours. I think it’s ours  because we are not aware.

If we want to distant from poverty then we should recast our line of thoughts. Why other country are known as Developed countries. The intention is that their thoughts are mind blowing and draw out innovative ideas, follows rule and regulation, and never blame to government. What we do?? Just thrash for our hest and claim to government.If we will prop four steps to reduce it then govt will prop eight steps to wash out it completely.

Last but not least. Both Government and We need to stand along with each other and focus on the real cause and need to focus this

Stop saying”Govt will do ” ,start saying we will do”