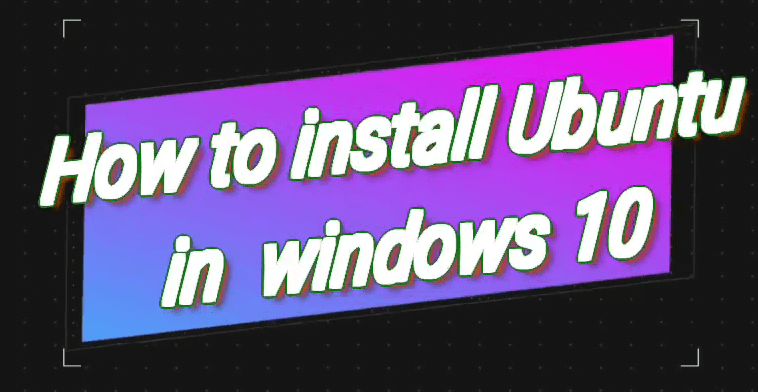 Hi there , i am a back with new video from our friend channel Programming Dost. In this video he has shown How to Install Ubuntu in Windows 10. There were a time when Ubuntu and Windows were rivals. Everyone know As Windows were mostly in use by normal people as it provides easy interface and controls to users. Users can simply run windows for their daily tasks. But Linux on other side being an open source is powerful and feature full Operating system. But now Linux is gaining more over windows .

So Windows has now finally joined hands with Linux and integrated it in Windows 10. This was a great move by Microsoft to keep users along them by providing Linux installation over Windows. Windows has added a option in Windows Store for installing Ubuntu directly On windows.Check out the Link to App Store in windows :

In this he has shared how to install Ubuntu using Virtual system created by VMWare. Just follow the steps and you are good to go.

So let’s check out the video and let us know what you think :

How you like it? Pls let us know below in comments, your views and suggestions. Your suggestions and comments are fuel for us that inspires to share more content with you . Keep visiting Tekraze and share with your friends.