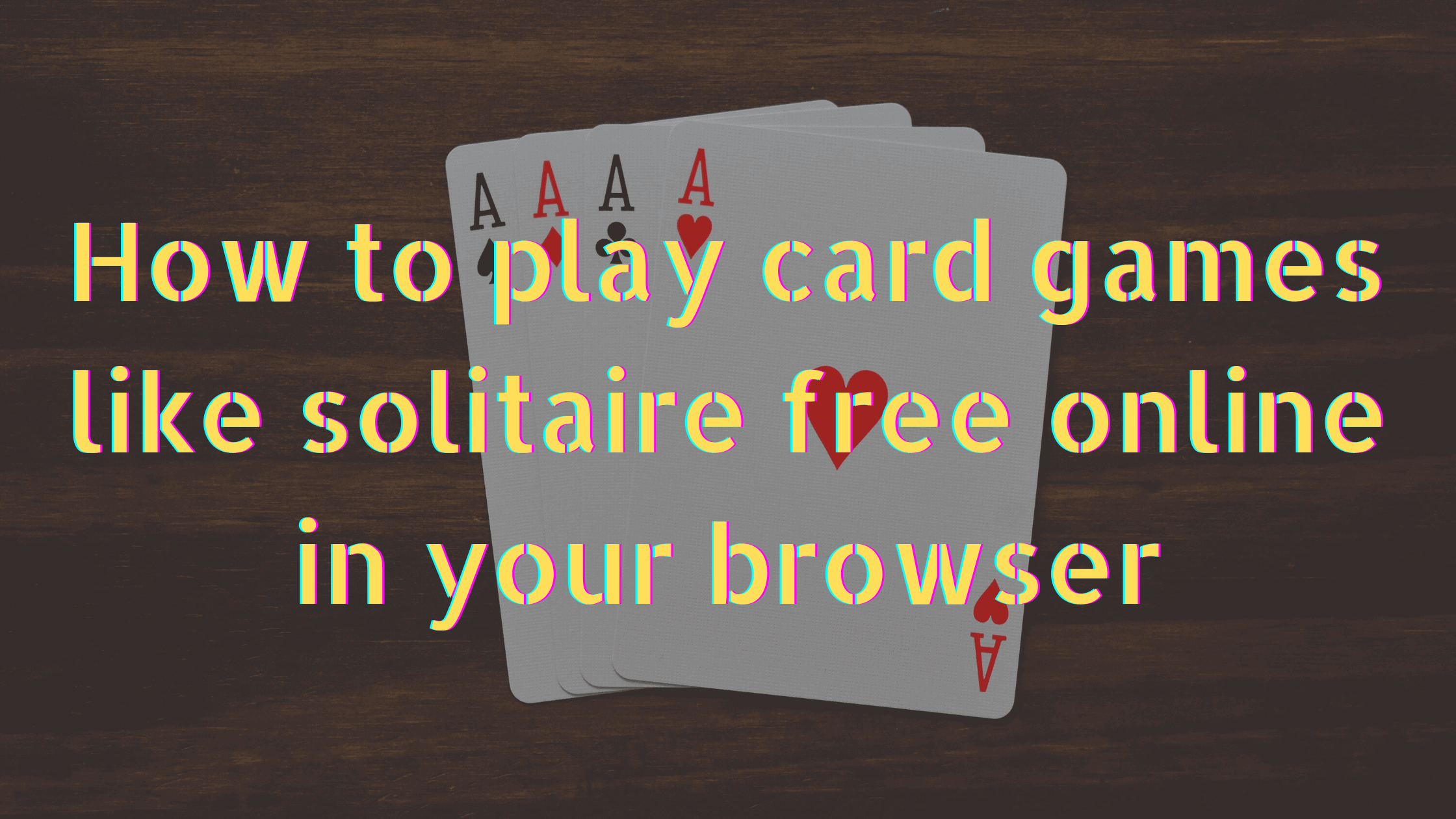 Online games have been evolving with more action gaming and arcade with RPG taking over, but still, there are some old-school people from the 90s who remember the initial games offered like spider solitaire, mahjong, and Freecell, and more. These games were as fun and also challenged your mind as one who finishes in fewer moves can score more and win. These games were offered under the accessories of old windows like windows 98, Windows XP, and Windows 7 to Windows 10.

But some may not be using windows because of the increasing popularity of open source OS Linux like Ubuntu and Linux mint. So, worry not as we are here today with a site that lists all of these legendary games to play for free online in your browser without downloading anything to your system. We have tested some of the games before you play and we can make sure these are the same as we do have in old systems offline. So, let’s check out the list of free online card games available for you to play online.

What is Solitaire free online game?

Solitaire online is an old-school, challenging card game of concentration and skill that can be played alone online. The most popular form of this game today is Classic Solitaire Online.

By the mid-19th century, Solitaire was popular in French high society, whilst in England, Prince Albert was known to be an enthusiast. The game didn’t make its way across the Atlantic to the USA until 1870 when it became known as Solitaire. Solitaire grew in popularity amongst card players of all walks of life but was given an immense boost following the advent of desktop computers. Microsoft Windows, a leading operating system, included a free version of Solitaire in 1990.

Many work hours were lost to this challenging game. Office workers the world overplayed the game, no doubt switching surreptitiously between active windows to hide their game playing from supervisors! Fun fact. As the cards are laid out, you may notice a similarity to the way Fortune Tellers layout their Tarot cards, revealing hidden secrets with each turn. An early version of the Tarot emerged in Italy in 1425. Solitaire was most likely influenced by fortune-telling.

Classic solitaire is the most basic form of solitaire where you need to arrange 4 types of cards and you have 4 slots where you start from adding Ace to King in order and you can reuse the card by moving again as and when you require to put an alternative color card.

You can use cards from the pile (You can toggle 3 or 1 card pickup in the pile from the hamburger menu) to complete your cards. Once you have all the cards in order, or at least all set up the cards will be automatically stacked and win the game.

This is more difficult than classic solitaire and here you need to arrange cards from king to ace, upward to downward without worrying about colors. Starting with the cards deck you have some cards, stacked and more cards you can throw from the cards pile.

You need to arrange the cards in order and you can use other cards if you can not match the sequence. There is only one deck unlike the classic solitaire where you have 4 free slots to place cards and finish 4, but here you only have one which you can not use until you finish all cards stacked in sequence in proper order. Once you add up all cards in sequence, at each sequence completion cards will be pilled up and you will reach closer to winning. You may need to add 5-6 times cards in order to finish.

The Freecell Solitaire is one step ahead of the previous two and has a trick. Here you don’t have an extra pile of cards that you can use but a deck of cards, with 4 slots at each side. On the left side, there are empty slots, which you can use to keep 4 cards at a time or one by one, two, or three as required. On the right side, you have slots for cards based on their symbol which you can use to stack up cards starting from ace up to king card.

Pyramid Solitaire is a simple form of solitaire where the cards are stacked like a pyramid and you need to select two cards adding up as 13 like Q + A, or J +2, and so on. You can clear up the K card directly as it’s already 13 in value.

You also have a pile of cards, which you can deal with up to 3 times so be careful in choosing cards. Once you finish all card combinations, you will win the match. Pyramid Solitaire is a quick and fun game in all.

You need to basically collect cards in the below pile by matching alternate rank cards. You also have a pile of cards, that you can use but you only have one deal, so if you run out of deals, you will lose. To win, you need to be careful with card selection and see the next combination before checking the current one. Once all cards are matched, you will win the match.

The Golf Solitaire is similar to the Tripeaks Solitaire where you need to match an alternate rank of cards. Here you get stashed cards instead of piles on the deck, which you can draw to get matching cards. It looks easier but is difficult as you may have a limited number of moves.

Once you finish all alternate matches, you will win the match and all cards will be collected at the bottom pile.

Mahjong Solitaire doesn’t have cards, but tiles stacked over each other on a plane. In Mahjong Solitaire you need to match tiles to remove them one by one as a pair until all tiles are matched. Only you can match those pairs which are at the upper level and not blocked by another tile.

You can shuffle the tiles if you can not find any match on unblocked tiles. Once all tiles are cleared up you will win. So go try and play Mahjong Solitaire now.

What are the best browser based games to try?

Fortunately, there are a number of browser-based games to choose from. Here are some to check out:

So, we have tried and played different versions of free online solitaire like spider solitaire or Freecell solitaire free online games that are popular card games you all know. So, what are you waiting for go play free solitaire online now and revive old gaming memories of the solitaire card games? We have also listed top mini-games to play online in a browser which you can check out. You asked about my favorite, I liked playing Tripeak Solitaire and Classic Solitaire as others were a little difficult to play.

Do let us know in the comments which solitaire version you liked and would love to play. Do share as sharing is caring. Stay connected for more posts like this coming next. Keep reading and thanks for visiting.