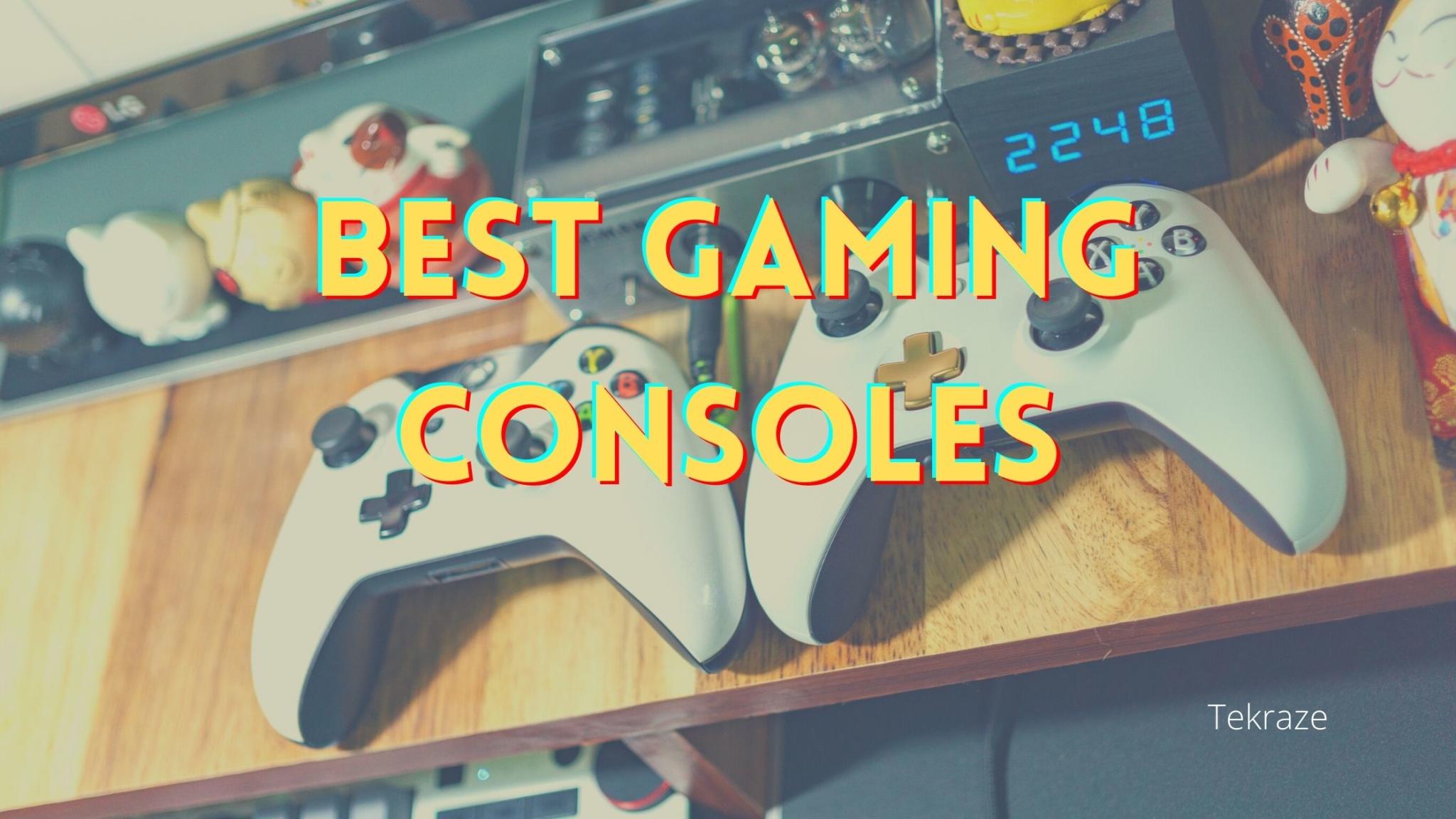 Best Gaming Console list 2021 to check out now below

Gone are the days where gaming was said to be a simple hobby or past-time. It has entered the realm of being a potential career option for many, and the growth of the gaming industry worldwide has called for an expansion in gaming products. Nothing is too less for avid gamers, even in terms of their devices like good gaming smartphones or devices like Nintendo switch. Before the consoles, people were happy with mini games that were just about enjoying, but now there are competitions and events with competitive gaming.

There are presently three big players in the console market, namely Sony, Microsoft, and Nintendo. There are some dark horses from other companies, too. However, the best gaming consoles as of 2020 are:

When we talk About 4K gaming, the best option available to us is Xbox One X. It is capable of delivering HDR at 60 frames per second, which also gives you gameplay in 4K resolution. Also, It is one of the most powerful consoles for gaming in the current scenario.

It is also well priced and is worth the investment. This console features a Blu-ray player in 4K and is also compatible with Google Assistant voice commands, Amazon Alexa, and is accessible with external devices like mouse and keyboard.

Nintendo Switch is an iconic product as it is versatile and the best gaming console money can buy. The device’s hack can seamlessly transition from a mobile gaming device to a home gaming console by fully complementing itself with the station.

The switch has a continually growing era of games with unique characters, and also, the plus in the switch is that it has innovative joy-con controllers. The switch is also backed up by the most fantastic support, i.e., Nintendo Labo kits.

The PlayStation provides 4k HDR gaming without an expensive laptop or desktop. It gives HD gaming titles but can also upgrade it to 4K resolution. The console can also stream content (4K) from Netflix and other services.

The console PS4 is compatible with some excellent accessories, which make the experience worth using. It also tags along with the Sony VR headset for a more interesting insight. This is the most unique and upgraded PlayStation of Sony and is filled with the pro features, just like its name.

If we talk about the fan of the 90’s most of the hands would be raised, and for Sega, the genesis mini is the right choice. If you feel nostalgic and want to live the gaming era of the golden days of the 90’s you know where to go. Sega mini genesis is preloaded with 42 iconic games from the period of the ’90s.

The product nails the basics with excellent hardware and a varied selection of iconic or classic games. The oldie is the replica of the legendary original from the past. This makes it unique and enjoyable as it makes us remember the good old times. It comes with the three-button gaming controllers, and the six-button gaming controllers come as a separate accessory.

This console is the best for handheld gaming as there is no better option, which is as affordable as the switch lite. This is the best compact of the Nintendo switch. It comes in many colors (grey, turquoise, and yellow).

These eye-catching colors make it more exciting and alluring in front of the customers. The games which support the handheld mode are only compatible with the console. However, there is a large variety of titles to pick from.

The console is reasonably priced and one of Microsoft’s best gaming consoles. The console’s look is much better than the original as it is slimmer and thus beats the Xbox One in the examinations.

The upgraded hardware allows enhanced HDR visuals. The gaming device can stream HDR and 4k resolution content from Netflix and other services. It also supports 4k blu-ray discs. The console also gets along with Google Assistant, Amazon Alexa, and mouse and keyboard. The drives are also replaceable by the all-digital edition.

It is the most affordable path to virtual reality gaming as it tags in with the tech giant PlayStation VR headset. The slim gaming console is capable of providing enhanced contrast; and vibrant colors in gaming titles. If you use this console, you can easily access a home entertainment center to stream video content and get safe Wii U roms from all the major platforms. The only flaw in the console is that it does not support 4k resolution.

It is a highly preferred option for casual gamers as it has a powerful A10X Fusion chip. The iPhone and iPad users can also enjoy the comfort on the larger screen via Airplay screen mirroring. The tech giant comes with its own Apple Arcade service. It is suitable for avid gamers as it welcomes them to the plethora of exclusiveness. The Apple TV 4K is a home entertainment platform capable of streaming content from all the major platforms like Netflix, Prime Video, and Apple’s own TV+.

We know there are a lot of cloud gaming services coming up, but still, some prefer their own hardware over a cloud service. So, let us know which gaming console you prefer, comment down your favorite. Also, let us know if we miss any new gaming consoles to add to this best gaming console list. While you are at gaming we have also shared an article about the benefits of having gaming chairs previously which you can check.

So, this is all for now. I hope you enjoyed the article. Feel free to share your views in the comments below. Keep reading and stay connected for more updates.