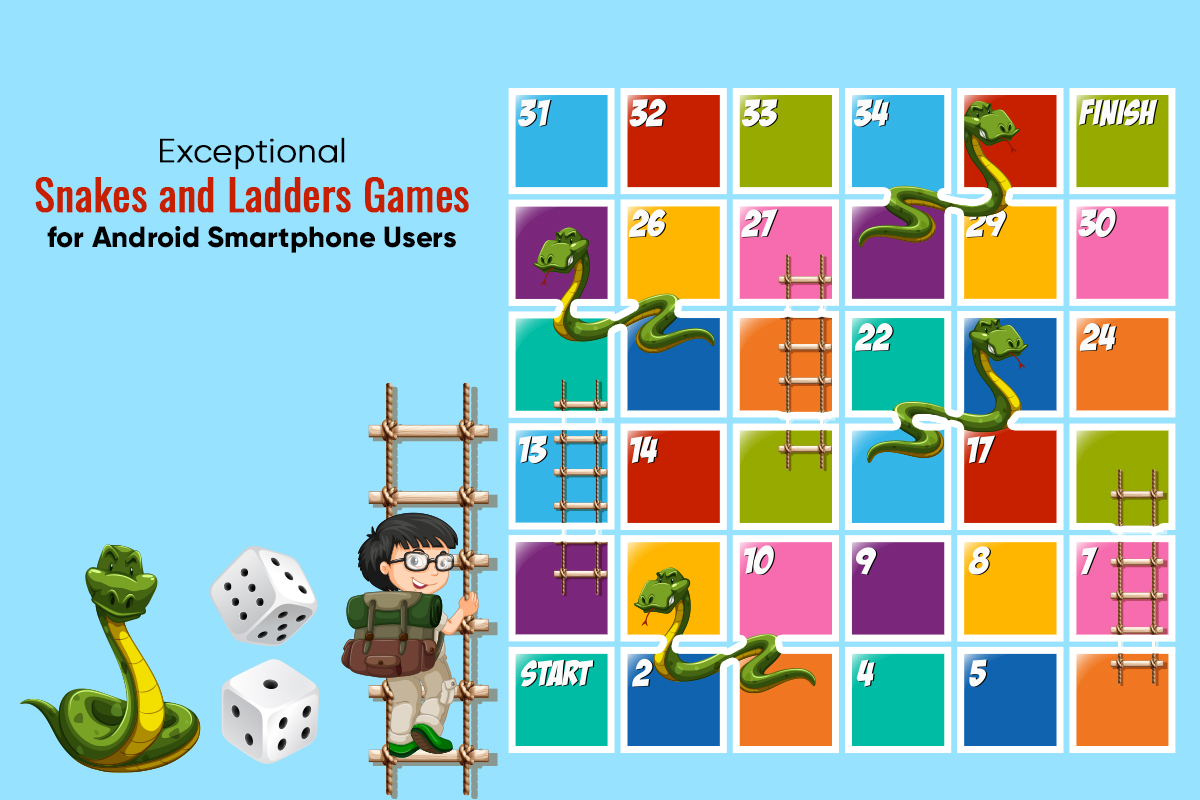 Even though board games of different types have been popular among the masses for many years, the last few years have proven to be a game changer for the genre. The Guardian has declared the last decade as the “Golden Age for Board Games.”

This article will shed light on some of the best online snakes and ladders games that Android users can download and try on their smartphones. Let us begin:

The Snakes & Ladders King game by Mobirix is one of the most popular virtual iterations of the classic board games online. The free Android game retains all the classic features of the board game besides featuring interesting tweaks and in-game elements to enhance players’ experience.

The game’s rules resemble the classic version of the snakes and ladders board game. Players’ primary objective is to reach the last square before their opponents. Since the objective of all players is the same, players need to be quick and smart to win games.

Besides the classic game mode, Snakes & Ladders King game features three other game modes, out of which the Survival Mode is the most interesting one. Besides this, the Multiplayer Mode is also popular among players since it facilitates them to indulge in matches with their friends. Overall, it is a solid game every snakes and ladders enthusiast should try at least once.

The MPL Snakes and Ladders online game is a rage among enthusiasts of the classic board game, primarily because the game features top-tier graphics paired with fantastic gameplay. The online iteration of the snakes and ladders game presents it in a modern and appealing manner.

The majority of the rules of this online snakes and ladders game are similar to the conventional, offline version of the game. However, the Snakes and Ladders online game on the MPL app features numerous in-game elements which significantly enhance players’ experience.

The game features multiple game modes, facilitating players to indulge in the game without getting bored. Besides this, the MPL Snakes and Ladders download procedure is very simple for Android users. All they need to do is navigate to the MPL platform, download its official app, and open the Snakes and Ladders game to start playing.

Snakes and Ladders by Sudhakar Kanakaraj

With over a million downloads and an excellent rating on the Google Play Store, the Snakes and Ladders game by Sudhakar Kanakaraj is one of the most loved online iterations of the classical board game among Android users. It is a robust game that offers players a realistic and immersive experience.

The best part about this online snakes and ladders game is that individuals can indulge in snakes and ladders match locally, i.e., using their device’s Bluetooth functionality. Besides this, the top-tier online Android game also features various types and sets of maps, each of which has an interesting hidden in-game item. For instance, the game features maps of forests, beaches, wooden patterns, etc.

Another exciting feature of this online snakes and ladders game is that it allows players to create online rooms, wherein up to 4 individuals can join and indulge in exciting matches. Besides this, players can also link their Google accounts to play with their friends or other acquaintances. Overall, the Snakes and Ladders game by Sudhakar Kanakaraj is a solid option for individuals who wish to have a fun and immersive gaming experience.

Like other popular Android-compatible snakes and ladders games, Snakes and Ladders 3D Multiplayer features numerous exciting game modes. For example, the arcade mode featuring a 3D board is players’ favorite since it offers them a visually-appealing experience. Besides this, players can also play against AI to enhance their in-game skills.

The features of Snakes and Ladders 3D Multiplayer enhance the fun quotient by a significant measure thanks to its appealing features, which is why every enthusiast should consider checking the game out.

Despite featuring simple graphics and animations, the Snakes and Ladders Multiplayer game by Yarsa Games is one of the most popular iterations of the classic snakes and ladders board game, thanks to its gameplay and customization options.

The game offers players the option to choose the number of players they wish to include in a game. Besides this, players can also configure the game as per their preferences. The game’s classic mode features a wooden map with randomly placed snakes and ladders. This aspect of the game makes it very interesting.

Besides everything else, the game features an option for players to look at hints or tips. This makes it easier for players, especially beginners, to get out of sticky situations during matches and have an enjoyable experience.