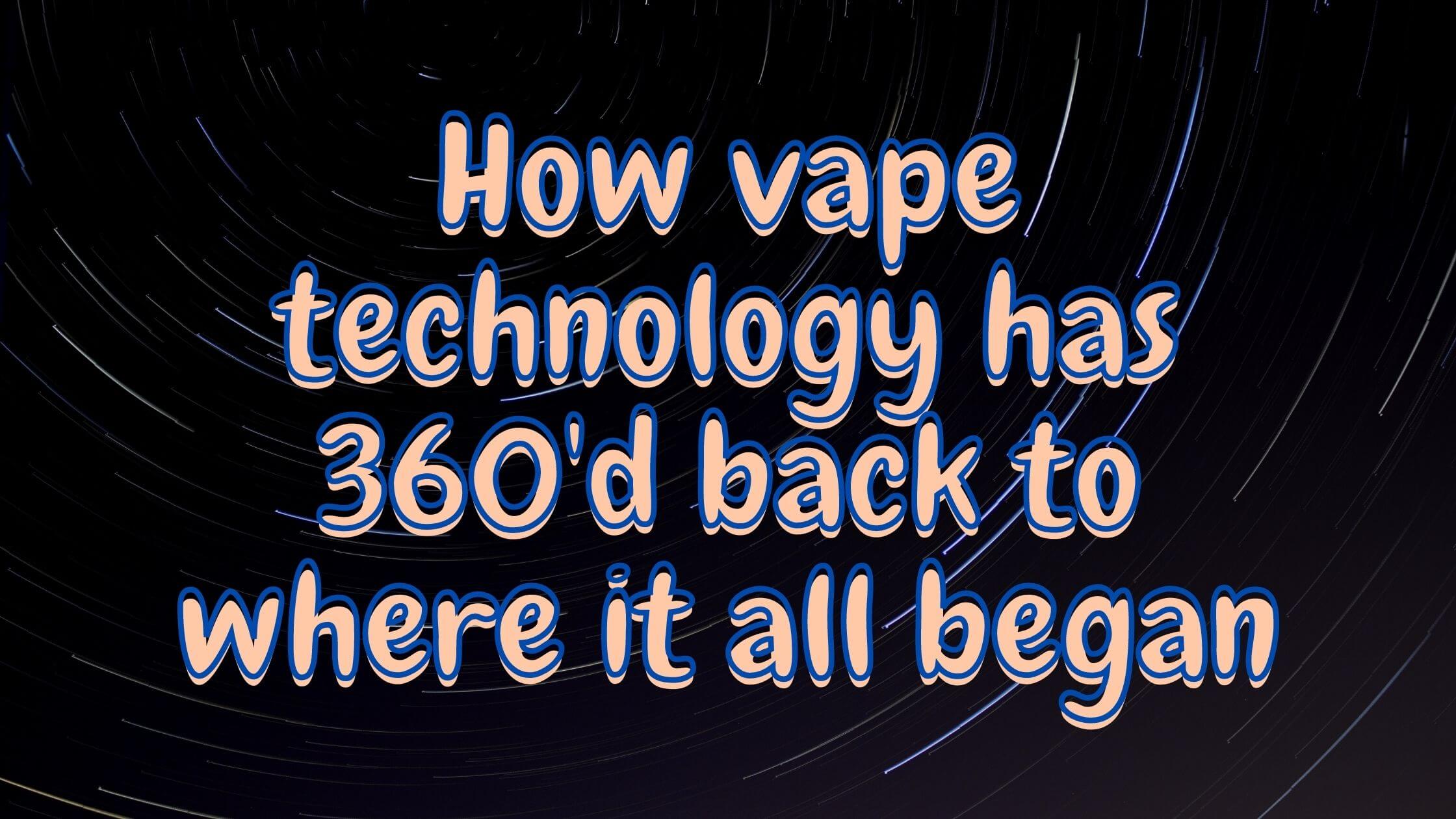 Today we will find out how Vape technology has 360’d back to where it all began. We discover this by taking a look at how vaping was made popular and the current state of affairs for vapers in the community.

Also, check SepStream for the diagnosing via cloud PACs

Before vape pens became the trend, smoking cigarettes were still causing many health problems which needless to say is bad for public health worldwide. Although there have been campaigns that have been effective in reducing the number of cigarette smokers, it wasn’t enough to convince everyone else because their addiction will always be a tough one to beat. But luckily for us, a new alternative way of consuming nicotine through vaping e-juices was introduced and became an instant hit with the masses. It’s why we also see pro-vaping groups encouraging people who wanted to quit smoking to take the healthier path by switching to vaping.

The year 2007 was when vaping first became popular. The e-cig industry didn’t explode overnight but it has been slowly gaining attention from the media and the general public as more people began to use vape pens like there’s no tomorrow, primarily because it is a healthier alternative compared to smoking cigarettes.

Smaller vape devices were the thing back then, there were only a few models to choose from that looked like an actual cigarette or maybe something close to it. But as the demand rose and more people switched over to vaping, vape pens became bigger and bulkier because of new features like sub-ohm atomizers which produce heavier clouds. Bigger batteries are now needed for its output; this is why box mods with 200-watt capability followed next.

Over the years bigger vape devices have become popular, many former smokers have already converted into vapers and there’s no turning back. As the demand grows, vape companies started releasing bigger vape devices that are more of an alternative to box mods. Manufacturers had to compete with each other to come up with unique features for their new vape pens to stand out from the competition.

What was once slim e-cigs transformed into heavy-duty vaping devices that can output massive clouds of vapor, vapers love this trend because it made them feel like they’re smoking again but without the harmful smoke and chemicals you get from cigarettes, but since cloud chasing is getting more attention lately, some major changes needed to be done on how vapers enjoy their experience using their favorite device.

It seems the current trends are back following larger sales towards the disposable vape pens they once left behind, find out more info. Many vapers are now finding their new device in the form of smaller vape pen e-cigs that produces more manageable clouds. People who are just getting into vaping would love this type of vape device because they’re easier to use.

Since cloud chasing has taken over most vape contests these days, many former smokers have become vapers after they’ve switched to vaping by using small nicotine pods that can be consumed conveniently with minimum fuss. Since there has been an increase in demand lately for pod systems, manufacturers have stepped up their game to compete with each other for a share of the market by releasing newer vape pod systems.

If you’re new to vaping, they’ve never been more choices when it comes to choosing an easy vape pen that has nicotine pods that vary in strength and flavor. Not only that, most of these devices are budget-friendly and can be easily charged, and can last most of the day after recharging. This makes smoking alternatives easier than ever not just for existing vapers but also for non-smokers who want to experience what vaping is all about without having to spend too much on something they don’t even know if they will enjoy or not.

Since vape pods are becoming more popular among new vapers, many companies started to release their version of refillable vape pods. But due to the increase in demand for these newer devices, most pod system manufacturers have stopped producing the pre-filled type and shifted their focus on making models that can hold e-liquid or even salt nics.

But if you’re wondering which one is easier to use, go with a device that uses disposable nicotine pods because they’re more convenient when it comes to refilling them. And since they are smaller in size compared to tanks or clearomizers, it’s ideal for beginners who are looking for an easy way out instead of having those complicated setups like those found on box mods.

The current trend in vaping is moving away from box mods and turning them into smaller vape pens that are easier to use by both newbies and veterans alike. Many vapers are now looking for devices that will not limit their cloud-chasing experience, but at the same time, they also want products that are easy to carry around without any hassles. With the introduction of refillable pods for newer pod-style vape devices, there has been an increased demand recently for this type of setup. It’s no surprise why many former smokers find their way back to smaller vape devices because it’s more convenient than ever with these simpler setups.