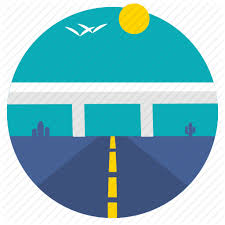 There was a time, when people having enough knowledge of HTML, CSS, Javascript, & PHP with a lil bit knowledge of Java can be qualified as a web developer and differentiated from the rest of the people. But those days were no longer available. If you want to be a web developer and designer You should have multiple skills that may range from 5-10 minimum. First of all you need to understand the difference between both a developer and a designer:

A designer is a person who deals with the the visual appearance of various elements of any product. In case of web designers, he/she is a person who have no or very little knowledge of web languages. He/She deals with various designing tools, like Adobe Photoshop for frontend. For back-end he or she may have wide range of technology like mind mapping tools that are used to connect various components of the project to describe the goals of the project that is being developed.

| Things you need to know to be a developer…
| Developer Terminology

A developer is a person who uses various web languages like HTML CSS, JS etc. and frameworks like Bootstrap Materialize etc. and put those things into reality.

Now the web have two interfaces that is the front-end and the back-end:

Front-end is the most sophisticated area in the world of web, because this is the area which a non programmer client is going to deal with no matter how many secure and efficient your product is but if it have lower or cheap quality Front-end, probably it may give a reason to your client to deny that your products is superficial.

Where Back-end is an area where people deals with the transfer of data and uses various logics to improve the security and efficiency of the product you are building. No matter how beautiful is your front-end of the product if it’s not secure and fast then having such a product is no beneficial.

So both front-end and back-end plays equal and very crucial role to make your product stand out from the rest of the product. That’s it for today, In the next post I will deal with the various front-end Technologies.