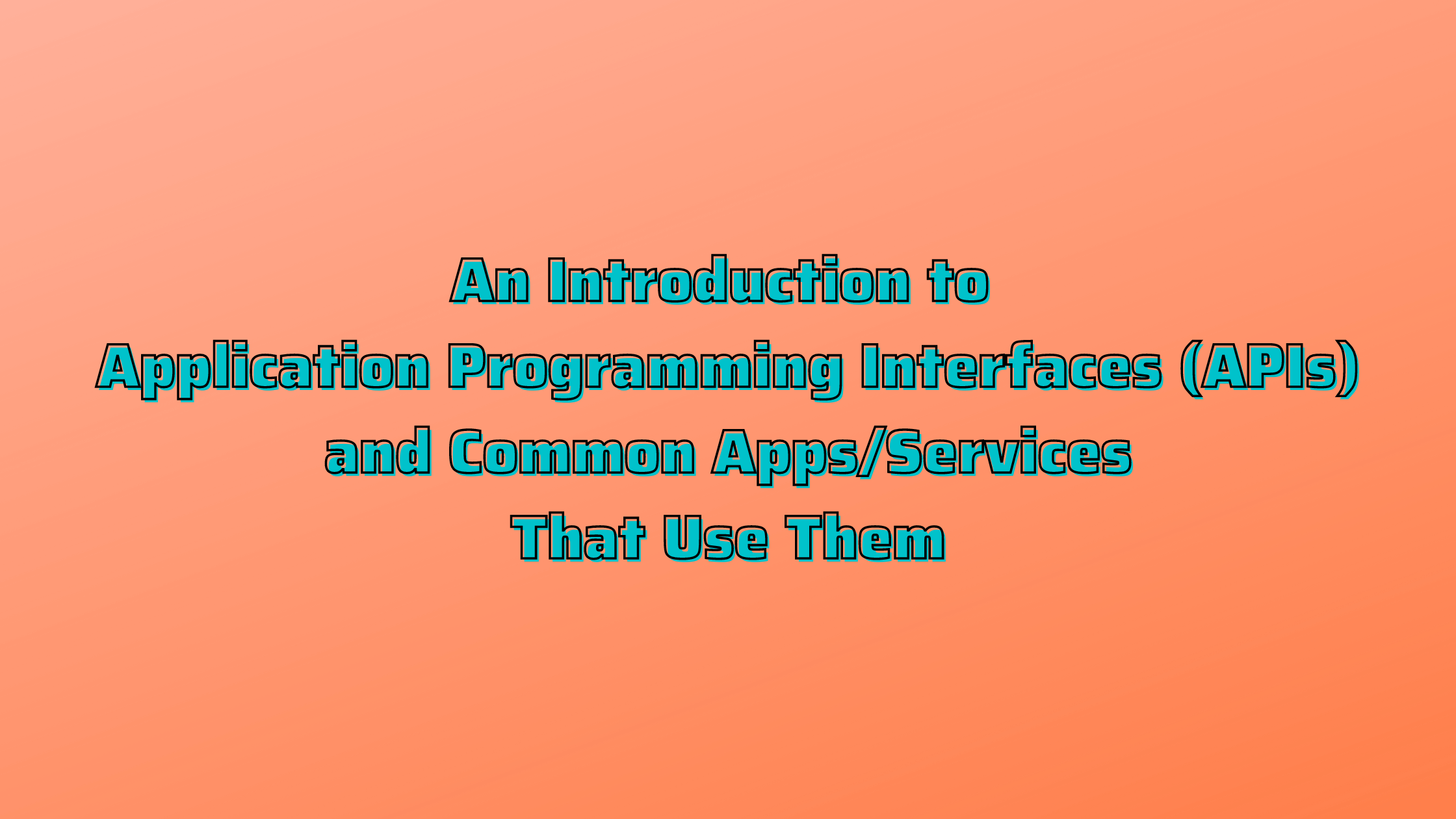 The seemingly murky world of application programming interfaces (APIs) has long remained a mystery to many web users who often view APIs as being the preserve of high-end programming or online services. However, the truth is, if you use web or app services to any degree, it’s highly likely you’ll have been interacting to some degree with an API. Indeed, they are so prevalent that you’ll probably have used multiple APIs already today.

Before discussing how common APIs have become in everyday life and the popular apps and services that use them, it would perhaps be a good idea to give an overview definition of what an API is.

In short, the term API refers to a system that allows two (or more) computer programs to communicate with each other – typically by sending, receiving, interpreting, and recompiling the data for different uses. In real terms, you can think of an API as providing a service (or services) from one application to another, typically through an API gateway. What is an API gateway, you might ask? In the simplest terms, an API gateway acts almost like a management system, receiving instructions (or calls), collating the required services needed to realize the request, and then delivering the final result.

Examples of how you already use APIs in everyday life

When you consider just how many internet services already exist that make calls on other services to deliver their final product, it’s clear to see just how prevalent they’ve become. Below are a few examples of apps and web services that rely on API tech to provide you with a service:

Google remains one of the world’s most popular, recognizable, and successful firms and offers a huge range of services – everything from its GoogleMaps services to its Gmail online email system. Behind Google’s massive range of service and product offerings lies an equally massive and diverse collection of for-purpose APIs. Indeed, there are already well over 100 Google APIs – with the majority open for use by third-party developers. Google’s APIs cover everything from Gmail to its Google Books service. It’s also worth remembering Google’s parent company Alphabet also owns YouTube – another highly API-reliant service (for example, APIs power the systems used to report offensive content or those that allow users to create playlists).

Streaming music services have exploded in popularity in recent years, with one of the most successful being the Spotify platform. Examples of how Spotify uses APIs include its track listing metadata where you can find out additional information about a song or its new lyrics system. The playlist function and search other users functions are also examples of APIs at work.

PayPal and other online payment services

The paperless economy is rapidly becoming a reality, and spearheading this trend toward digital payments is the online behemoth, PayPal. Anytime you use an e-commerce platform and see the ‘Pay with PayPal’ sign, you see a simplified front-end to the firm’s API.