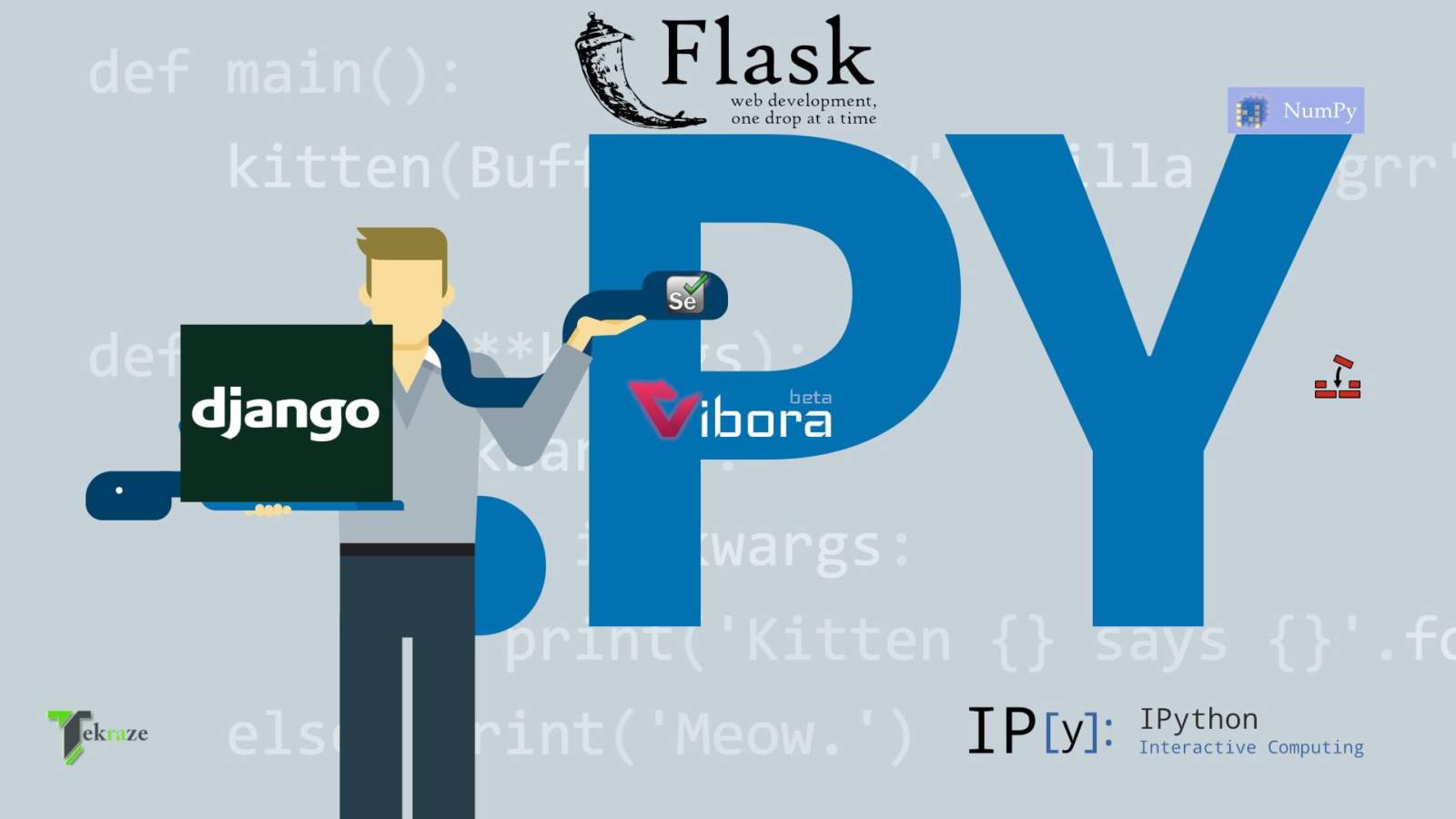 As you are reading this article, it’s not bad to consider you a Computer Geek or a student who is having Computer and Information as of his major. So it’s essential to know what python is? Here nothing to do with this smarty

Python is a High Level, easy to learn and Powerful Programming Language. That Surely not gonna make You Thor. But Let’s you write a wonderful code in Few Lines that can perform number of powerful task, like the hammer of Thor. More You can Read about it in their Python Docs

So now I will answer Why Python?

Python has many advantages over other Language that I am going to divide in two section one being the features of the Python and One being Where it is Used? So here You Go:

The First and the best Thing about Python is its Documentation that everybody forgot to mentions. Here’s the link to Python 3.6.rc1 Documentation. It doesn’t only introduce to the How to getting started but also give brief steps to dive into Python. The beginners can start with the Tutorial Section in this documentation. But If you are an intermediate or an advanced Programmer you just need your story Book or Reference Guide that will only be needed to check out some forgetful Syntax, Though Pro rarely forget this, so they don’t need this either, Other section are also for Pro and Intermediate Level Programmer.

Another thing that makes it more attractive is it’s syntax. It’s much like human language that you use day to day in Your Life. The code in Python is just similar to Pseudo-code that you use to express Algorithm. It doesn’t need to involve clumsy syntax like ECMAScript or ES6 or any other JavaScript Framework, and neither it involves Braces or Brackets to create a Block of statements, Indentation works fine and makes it more readable than any other Language, and the most dreadful Syntax Error that programmer makes in their 1000 lines of Code, the Terminator ( ; )  is also not used to end the Statement.

You don’t need to import many Libraries Like Java or C to make use of advanced data Structure. It has varieties of data Structures Like Set, Dictionary, List, Tuples. Moreover, Type Casting to one or other datatypes is so easy that You Just need to call a Function, but it should be kept in mind the data Structure You are casting into another Should be castable to each other.

| Also read | How to Google Search Like a Pro

Different Language Construct to do Larger Things in Few Lines

It provides such language construct that lets you write many lines of code into just one two or three lines of Code. To Create a list that consists of squares of numbers that is input by the user, You can just do it in two lines of code.

nums = list(map(int,input().split()))
squares = [item**2 for item in nums]
Isn’t it impressive? Still not satisfied, So let’s just discuss now Where it is used?

Where is it used?

The most impressive thing about python is that it doesn’t stick to any specific field of innovating Technology.  Whether You are a Web developer, Data Scientist, Software Developer,  Hacker, Mobile App Developer, or Web Scraper or any coding Geek you can make use of Python anywhere.

I will be discussing each major area one by one:

As the Web Development started the PHP was being the king of the industry. But as the computer Science evolved, more and more language are starting getting involved in the Web Development. So as Python does. You can rule the web development, after learning Python there are lots of frameworks like Django, Flask, Tornado, Web2py and the latest one Vibora. The Vibora being the latest one it is a mix of Flask and Tornado. You can find more at reference links given below.

Data is the most crucial part of our day to day life that is needed to be analyzed, and the report is generated that makes our day to day task easier. There is special language that is made for the data analytics parts like R, Julia, SAS. but learning these many languages takes lots of years and you are going to mix up with all, while with python you could just focus on the logical part instead of learning a new syntax. SciPy, Numpy, Panda, IPython are popular python libraries that you can use for Data Science.

There was a time when software built on C, C++, Java. The complexity of these languages for newcomers is to that extent that he or she might quit or may have a sleepless night. But Nowadays, the similar task that you can achieve with a lot easier syntax and quickly, than any other high-level language. The Popular library or framework that you can use for software development is SCons. As software development is not merely building up. You need some sorts of automation and Bug Tracking Helper these two tasks can be done with python through BuildBot and Roundup

Hacking is all about mixing your networking salts to sniff packets and having access to some secure content through the use of various hashing algorithm and cryptographic algorithm using scripts. Though there are many scripting languages are there in the market which you can do to hack around worlds but what makes python better than other language is its rich library and easy syntax rather than doing it with bash scripts. The mix of Python and C, C++ could make you much better.

There are many more areas that are yet undiscovered by me or have very less knowledge like pyTorch used for AI. You could also share a Guest Post if You love any of this area at our Guest Post Page. Kindly do attach Your info with the post.

Bonus Like: A free to learn Python Intro at FreeCodeCamp.

Comments (2) on “Why Python Programming?”