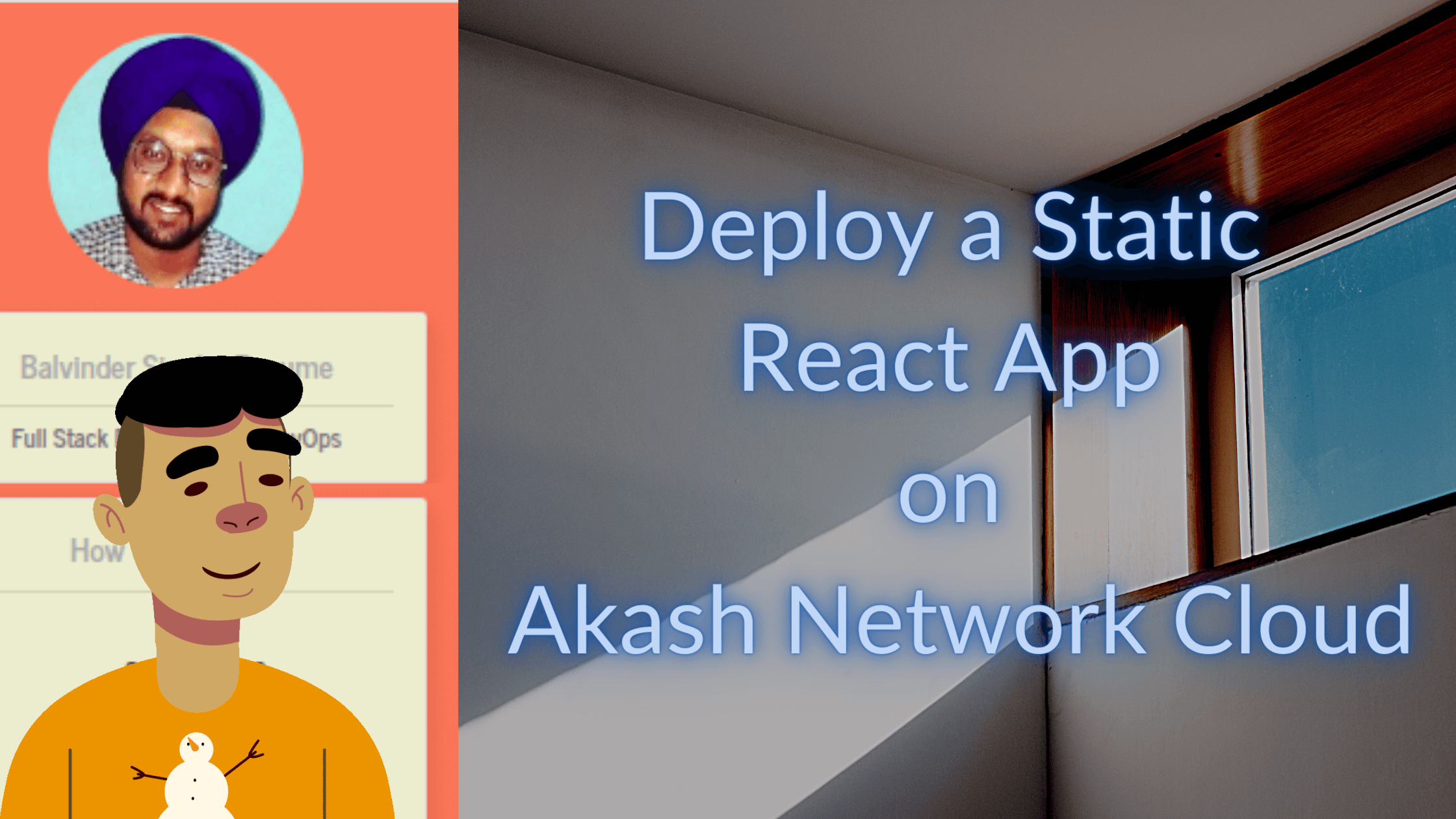 We are gonna show, how to deploy a static react app built using React on Akash Network which is a Decentralized Cloud. This will help you deploy other web applications built with the same or different technologies on Akash Decloud Network.

So, what we will need.

Check the article below on reading how to set up Akash wallet and other variables.

1. Setting up the Static React App

So, I have already built one app in React + TS when I was trying to learn functional react (I am from angular background). The GitHub repo can be found at the below link. You can skip this step if you have your own app.

Download static react app from this link and change data

if you need to add your own data to this. Do steps

and push somewhere like Github/GitLab or keep in local.

So, now we have the app ready, we need to dockerize it before using it and push the image to the Docker hub so we can use it in our configuration while deploying to the Akash network.

This code is already added if you cloned the repo, if not add this to your Dockerfile.

b) build docker image of the react app

Run the below command using terminal in linux to create and tag the image.

Here, balvinder294 is the username and react-resume the project name and 1.0.0 the version.

We built the image but we need to host it over the docker hub. So, we need to push the image.

Make sure you are logged in to the docker hub. If not log in with the below command on your terminal.

then run the command to push the docker image

The output of the docker push command will be like

so, we have pushed the image and now it is ready to be used in deployment. Now we need to move to the Akash configuration.

Please make sure Akash is set up in your system before continuing this. We have already mentioned all steps in the previous article, so we will only tell the configuration for this, keeping other deploy steps the same.

a) Create SDL file for react app we want to deploy

So, we here created our SDL file for deployment which is similar to docker except it includes, hosting configuration and resources we need to rent from Akash for AKT. Edit this file accordingly in your preferred text code editor.

Note: we have set placement part according to our own provider, please refer to previous article on changing to akash specific providers

We selected this provider for deployment.

Here is the output of the app deployment on the Akash decloud network.

Here 1ulomkuct9a056t8cmqqroddeo.provider.dehazelabs.com is the address to the deployment.

Note: We have fixed and changed the URL to https://12eensunnhd31d2fb7fdnlg5ek.provider.dehazelabs.com/

I will update the article when we fix the port part on our provider.

So, here we discussed how to deploy a static react app on Akash Network Cloud. Do let us know in the comments if you get any issues. We will add more Akash network related posts so you can learn web development and deployment with the Akash network.

As we are having a react app that is static and not having any dynamic data to save, we will not be using any database for now. But in the next examples, we may add.

Please do share as sharing is caring. Feel free to comment your views/queries in the comments below.