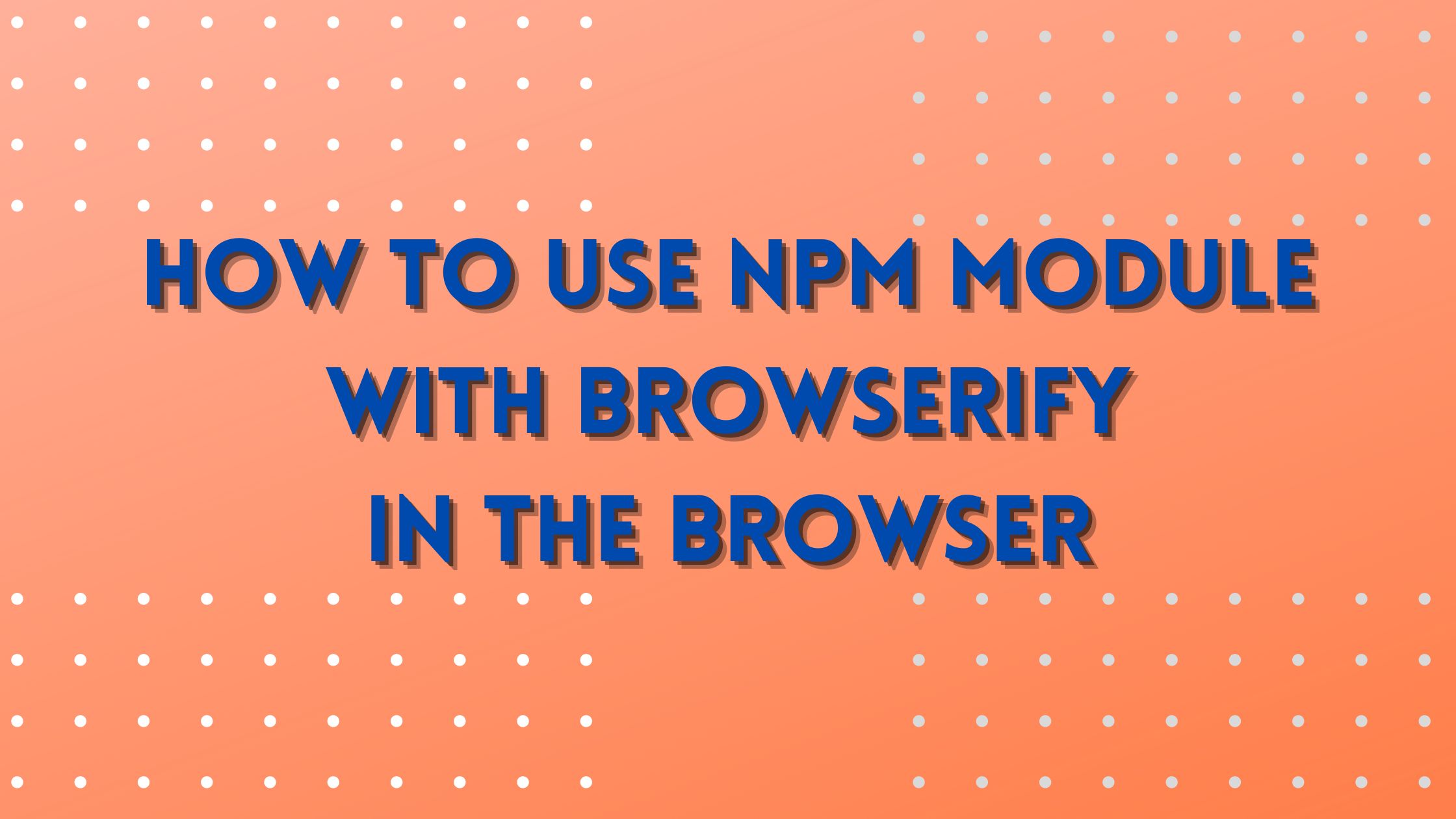 Hi everyone, while working on something came across some issues where the code reference available did not work as we can not import npm modules directly on the web.
There are CDN versions but not everything it supports. So, what can be done?

NPM modules are built mostly for node.js system and may not work directly in the browser because of different dependencies used within any module. In that case, it becomes difficult to use that script. So, here is a better way to use any NPM module in the web without worrying for any dependencies.

So, after looking for a way I found the way to do that.

The idea behind this approach

Now, you have the idea. Let’s see how to do this.

Steps to make a JS bundle with Browserify NPM

Enter the below command in your terminal

2. Create a folder and initialize the NPM project

Create a directory and move to the directory

Enter the command in the terminal

this will create an npm project where you can add your dependencies.

Then add via command

4. Create a file to import npm modules you need

You can name the file anything, let’s say we create the file with the name main.js and import our modules in the same file. Then we need to assign that variable to the window object that is available globally in the browser. As the window object is globally available in the browser, we can simply call the module by window.module syntax where we call the module name we assign in the main.js file.

Paste the following code in the main.js file

Then save the file.

5. Create a Browser Bundle to export npm modules bundled as one

Now, we need to convert this file to a static JS script, which will pull all code from the NPM modules and make it a simple script that works in the browser locally or using CDN.

Enter the following command in the terminal

here main.js is the file with our imports and example.js is the output file. You can name it anything you like.

6. Import the bundle into the project

Now just copy this file in the root or any folder as the index.html where we want to use this.

Let’s say we have the files index.html and example.js in the same folder. then to import we can include the script tag and use the code. In this method, we can import our buffer module easily.

So, this is how you can make use of NPM modules in your web project in the browser or even just a simple HTML + JS project.

We will be sharing more of these tips often.